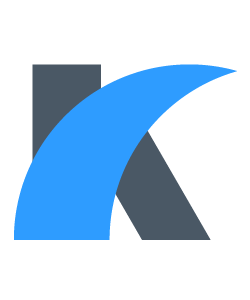 If you have questions or concerns regarding obstructive sleep apnea or allergies, then you are in the right place. Here, you will find up-to-date information relating to ENT-specific topics such as how to lower your risk for sleep apnea, which lifestyle changes to make to quiet your snoring, and why you might need allergy testing. You'll also learn about new medications that can help minimize your risk for allergic reactions to certain foods and environmental irritants. Our website also focuses on the causes, treatments, and prevention of nasal polyps, chronic sinus infections, taste and smell disorders, and post nasal drip.

While otitis media with effusion is sometimes asymptomatic, your child may experience muffled hearing, hearing loss, earache, and a sensation of fullness inside the ear. Loss of appetite, ear pulling, fever, crying, and irritability may also be present. If your child's eardrum is ruptured, fluid may drain out of the affected ear as well. The drainage may be clear, bloody, or cloudy, the latter typically being the result of pus.

Difficulty sleeping and loss of appetite may also occur as a result of otitis media. It is important to note that if your child develops a fever, they should drink plenty of fluids to help prevent dehydration. Your child's pediatric otolaryngology examination may reveal erythema, or redness in the ear, a bulging eardrum, also called the tympanic membrane, and perforation of the eardrum.

Risk factors for otitis media with effusion may include viral or bacterial infections of the respiratory tract, allergies, adenoid inflammation, and exposure to certain irritants such as cigarette smoke. Another risk factor for babies is drinking from a bottle when lying flat because this can cause bacteria in the throat and mouth to migrate into your child's eustachian tubes.

Once bacteria enter the eustachian tubes, they can spread to the middle ear, raising the risk for infection and effusion. In addition, certain abnormalities of the craniofacial structures, such as a cleft palate, can also increase your child's risk for otitis media with effusion. A cleft palate is a malformation or hole in the roof of the mouth. Because of this hole, the eustachian tube may not effectively drain, resulting in excess fluid and an increased risk for middle ear infections.

If your child develops any of the above symptoms of otitis media with effusion, make an appointment with a pediatric otolaryngology doctor. When this condition is diagnosed and treated in its beginning stages, your child may be less likely to develop hearing loss, scarring of the tympanic membrane, and secondary infections.